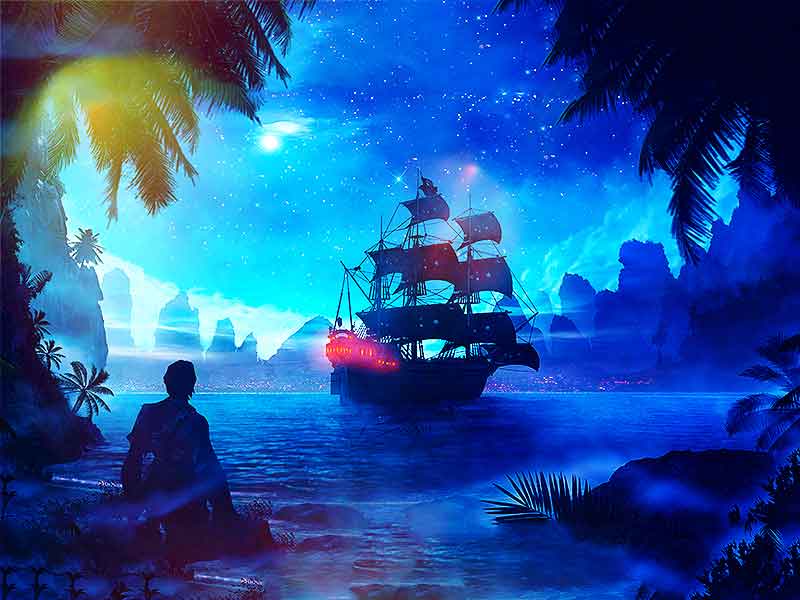 The seas are warm and the sunsets are magical this summer, with hundreds of thousands of bioluminescent wonders illuminating in mermaid lagoons and more. But for those seeking to quench the thirst of adventure in their hearts, they only need to look to the horizon in the distance—from the fog of early morning seas, with a black jolly roger whipping through the air, pirates of the summer seas have arrived!

Fairies and humans alike, seeking to join these swashbuckling adventurers in the high seas, shouldn’t miss the chance to go on an incredible pirate adventure this summer. The pirates are arriving with the tide and fair winds; the call to adventure is in the air! 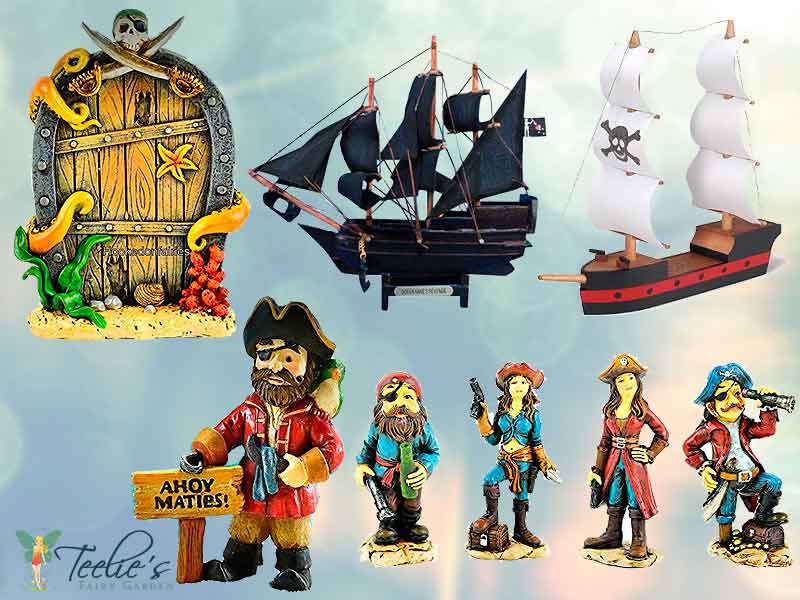 1. The Doorway to the World of Pirates

Fairies and humans longing for a life of thrilling escapades and action out in the high seas might suddenly see a flash at the corner of their eye—they will glimpse what looks to be a little door in the fairy garden. It’s very nautical, made of wooden planks, with tentacles from a great kraken. It would be glowing, as though beckoning for the adventurers to come through! See it at the Fairy Garden.

2. The Ship of the Black Sails

Once the hopeful adventurers have crossed the threshold, they might come upon a lagoon that opens up to the ocean. Out in the waters, they’ll see a huge ship just like this one, docked and bobbing in the waves, waiting for the pirates to come aboard. This ship of the black sails is without a doubt a pirate flagship. See it at Amazon.

But not all pirate ships have black sails—that would give them away immediately. Some ships have white sails, to look unassuming out in the seas. But when they get close enough to an enemy ship, they’ll unfurl their symbol, and battle has begun! A white sailed pirate ship like this one is a fine stealth ship for pirates. See it at Amazon.

“Ahoy!” you’ll hear, loud and clear, from a figure standing on the deck of the ship. It’s the captain, and he’s coming ashore with his green pet parrot. He has a hook as one hand and an eyepatch over one eye. This fine figure of pirate leadership is often the bravest of the crew, and tasked with being the true figure of piracy aboard. Meet him at the Fairy Garden.

Pirates come in all shapes and sizes—they take anyone with an adventurous heart looking for fortune and fame out in the high seas! This assortment of swashbucklers has just arrived to meet their captain. They bring with them an assortment of treasure chests, ready to be loaded onto the ship. Meet them at Amazon. 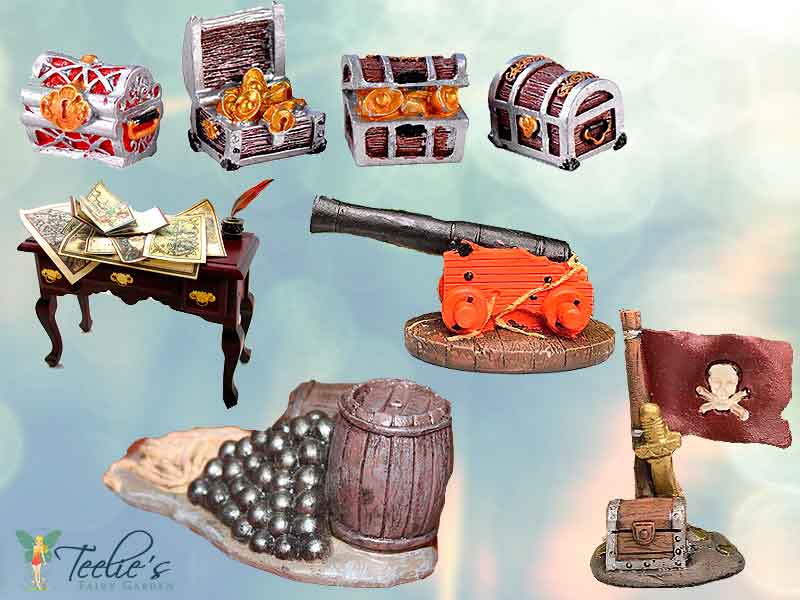 If you’re coming along for the adventure, you’ll need to be swift on your feet and useful to the crew! Scoop up one of these treasure chests bursting with gold and dubloons and load them up onto the ship’s hold. It’s time to bring these precious goods to a secret pirate island where they can be stored safely. See the treasure at Amazon.

7. The Secret Maps of the Pirates

The Captain and his First Mate will retire to the Captain’s Quarters to look at something just as precious as treasure: it’s a book (a codex) of the most secret pirate islands and locations, and how to get to them. This book of maps is entrusted only to Pirate Captains, and only they will know where to find these important treasure-holds. Get it at Etsy.

Transporting this treasure won’t be easy. Carrier pigeons would’ve told the enemy pirates that the ship is carrying a mass of treasure in its hold. They will come swooping in, so the cannons must be primed in case of a sea battle! Any good pirate ship would have a few of these red cannons on board, ready to strike a broadside to an enemy ship. Get it at the Fairy Garden.

There are also a few things that need to be prepared. Barrels of gunpowder and shot are essential for cannons and weapons, along with steel cannonballs. There also needs to be plenty of rope for the rigging, since the ship will have to be at its swiftest, and turn with the wind easily, so the ropes are essential to pull and unfurl sails when needed! Get it at Etsy.

At last, the ship has made it to the pirate island safely, ready to be buried along with the rest of the treasure trove. It’s placed on the island, with the pirate flag upon it, and one of the crew’s cutlasses—to remind trespassers that though they may try and take this treasure, they will face the full strength of the pirates! Get the flag at Amazon.

More adventures out at sea can be found here!

Follow my blog with Bloglovin
PrevPreviousEnchanted Eight: Play and Sport at the Fairy Garden
NextMust-Have Items for a Garden In a Fairy GardenNext