Favorite Pets and Familiars for Fairies 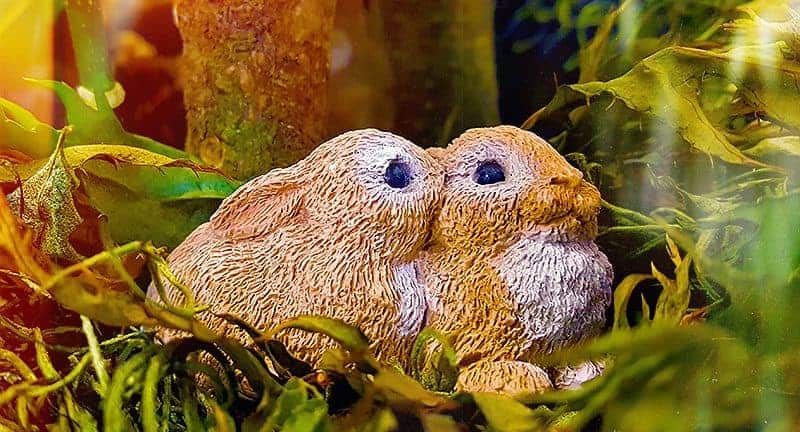 Fairies love their pets, just like we do! Pets and familiars are family to fairies, just like our own pet dogs and cats are in our homes. The only difference may be the fact that fairies, being creatures of the gardens and the forests, of wood and of meadows, may have different varieties of pets compared to what we’re usually accustomed to. As caretakers of nature, fairies are good to all animals, but they do take a shine on particular ones as pets, and look after them with plenty of tender love and care.

Have a look at some of the pets you might find in a fairy garden! Each one of these adorable fairy pets can be found right at the Fairy Garden Amazon store!

This Look does not have an image.

During the warm summer evenings, they’ll start to sing from the edges of ponds, mossy swamps and from rippling streams. Fairy frogs are extra tiny, but no less melodious than other frogs. They carry potent enchantments with them, and maybe that’s why such famous fantasy stories are written featuring them! Meet them at Amazon.

The wisest of birds in the forest are, unsurprisingly, popular among fairies. Instead of being considered as pets, they are seen more as familiars; conveyors of fairy magic and partners in adventure. The owls are always watchful, and have seen quite a few things in their time in the forest, so they’re able to help fairies out very well in day to day problems. Meet them at Amazon.

3. The Spotted Deer of the Forest

This is one type of pet you might not have ever considered for yourself, but is actually rather common for fairies. The deer that inhabit the green forests, foraging and walking around the glens during spring and summer, are full of enchantment and magic. They look delicate but are actually quite powerful, and graceful in every movement, just like the fairies themselves! Meet them at Amazon.

Rabbits, hares, and cottontail bunnies are also common pets and companions for fairies. They’re quite speedy and love to help fairies by delivering things for them. In addition, they’re quite watchful, and are able to give fairies plenty of heads up before any danger comes their way. Having so many bunnies visiting fairy gardens during sunny seasons are expected! Meet some bunnies at Amazon.

5. The Old Turtle and His Friends

In some stories, they say that the world sits on the back of a giant sea turtle. Turtles have also featured in quite a few magical stories, and fairies love seeing them in the rivers and lakes, and the mermaids play with the turtles of the sea. This old turtle is more than happy to let a couple of friends ride on his shell; they’re probably headed to a fairy’s house for some lunch. Meet them at Amazon.

This Look does not have an image.

There are pets that are even shyer than bunnies: the prickly little pet hedgehogs in fairy gardens. Fairies keep hedgehogs safe and warm in their little mushroom homes, and hedgehogs look after fairies by helping them seek out berries and nuts to eat. They even help fairies rid the gardens of weeds, because they munch on dandelions! See these two cuties at Amazon.

Another famous fairy familiar is the fox. Seen as exceedingly clever to the point of being cunning, foxes are revered through multiple cultures for their innate mountain and forest magic. In fact, many fairies and magical beings of the wood transform into foxes, particularly in Asia. This fox is patiently playing with a bird; perhaps he’s waiting for his fairy partner to finish with the errand for the day. See this bushy tailed familiar at Amazon.

Treehouse-living fairies would definitely have these clever chipmunks as pets. They will bolt from branch to branch, seeking nuts and acorns, heading back to the fairies’ home to dump in the hoard. They can join the fairies on the highest branches without worry, and would be quite willing messengers leaping from tree to tree if they had to. Meet them at Amazon.

4. The Cats of Fairy Land

Fairies do like cats too, just like humans do! There’s something about cats that make them different from having a pet puppy or a dog. Cats have been known throughout history for being quite sensitive to magical things; their quiet feet don’t make a sound as they go investigating magical mysteries of their own. Fairies would likely love to keep a kitten as a pet, one that would grow up to be quite curious and interested in magic. See the kittens at Amazon.

5. The Shining Koi in the Ponds

In the far east, koi fish are kept as pets by humans and magical beings alike. Fairies would likely have plenty of koi fish in their ponds, with their scales shimmering under the ripples of the water. As the koi fish swim through the currents, their fins stir the enchanted water and bring to the surface all kinds of magical visions for the fairies to see. See them at Amazon.

Don’t forget: All these beautiful pets and so much more can be spotted at the Fairy Garden’s own Amazon store! There are so many more beautiful, enchanting fairy pets to be found there; you’ll certainly want to see them playing with the fairies in your fairy garden!

More fairy garden creatures can be found in our previous blogs!

A Dose of Fairy Dragons!

Wild Side: Animals to Visit Your Summer Fairy Garden

Meet the Unicorns Around the Fairy World